Are the rates of bullying higher for autistic children?

Many of the autistic children and adolescents we see as clinicians have experienced frequent bullying by peers at school, and we are very concerned about the psychological consequences. Research has been conducted on the prevalence rates of bullying for autistic children and 40% experience daily bullying and a further 33% experience bullying two to three times a week (Schroeder et al 2014). This contrasts with the prevalence of being a target for bullying for typical children of only 10% (Olweus 1993).

Why are autistic children more likely to experience bullying?

In typical children, we recognise two types of targets, passive and proactive. A passive target is usually a child who is anxious, has low self-esteem, shy, engages in solitary pursuits and does not have an extensive network of friends. This could be a description of an autistic child who is an introvert. A proactive target wants to engage with peers but has poor social skills and is perceived as irritating by peers. This could be a description of an extrovert autistic child.

Other factors that may contribute to autistic children being bullied more than their peers is having low social status, such as, having few if any friends to come to their defence and not being good at character and intention judgements to identify and avoid children who engage in bullying.

There are many expressions of bullying, and these include:

Verbal such as obscenities and sarcasm

Physical with actions that cause pain and discomfort

An example of cyberbullying and its consequences are illustrated in the following quotation.

My cyberbullies were relentless and would never leave me alone. I wanted to kill myself because I felt there was no way to get away from them, but I was scared I’d fail because I was such a pathetic loser. I never felt safe anywhere. So, I would cut myself in places that no one could see. The physical pain never matched the emotional pain I felt with what the bullies would say to me. (McKibbin 2016, page 61)

Where does bullying occur?

Those who engage in bullying do not want to be caught and reprimanded by a teacher, so most acts of bullying occur at locations where the incident is less likely to be detected. Bullying is most likely when there is no adult supervision such as hallways and on school transport and can also occur close to or in the home by children of neighbours, family friends and relatives. However, bullying attempts occur most frequently at school. Most bullying actions are covert with only 15% observed in the classroom by a teacher, and only 5% in the playground (Olweus 1993; Rigby 1996).

The autistic child’s signs of being bullied

There may be physical evidence such as lost or damaged possessions, torn clothing, and medical evidence such as bruising, injuries, stomach and head aches and difficulty getting to sleep. Psychological evidence and include increased anxiety, especially before school, depression and responding violently to bullying leading to school suspension. There can also be signs of lack of trust of peers and even paranoia, and a change in the special interest to weapons and violent films with drawings of retribution and retaliation.

The psychological effects of being bullied

Being bullied increases signs of anxiety, suicidal ideation, self-harm and depression (Ung et al 2016), as illustrated in this quotation:

Bullying for me was at its worst in secondary school. My bullies were merciless- they would make fun of me and tease me in the classroom- even in front of the teachers. And when I would look to the ‘trusted adult’ in the room for help, begging them to make it stop, I found them laughing with my bullies- making it worse and making my days even more intolerable. I tried to kill myself when I was 14 years old and ended up in hospital. It was only then that my parents finally agreed to let me do home-school. To this day, I swear it saved my life. (McKibbin 2016 page 67.)

The derogatory comments of those who engage in bullying create within an autistic child, a deepening negative self-belief due to being relentless and not contradicted by friends. The self-belief is that I am stupid, or psycho, or that no one will ever be my friend. Rates of anxiety and depression are lower in autistic children who are not the target of bullying (Schroeder et al 2014) and experiences of being bullied may need to be addressed in psychological treatment of anxiety and depression.

The autistic child may not understand why they are the target of bullying and why someone would intentionally cause distress. They subsequently ruminate on the acts of bullying, replaying the events in their mind, and especially when falling asleep, to try to determine the motivations of the person who engages in bullying and cannot forgive or forget until they have closure by understanding why and they are not at fault.

School can become a ‘war zone’ and incidents of bullying can lead to signs of Post-Traumatic Stress Disorder (PTSD). Bullying can also contribute to camouflaging autistic traits (Cage and Troxell-Whitman 2019) as in the following quotation from the research study with a participant explaining why she camouflaged her autism: To stop bullying and mocking as I’ve experienced when not masking.

Being bullied is also a contributory factor for developing an eating disorder (Brede et al 2020). The research found that autistic and typical adolescents that developed an eating disorder often talked about difficulties in friendship and experiencing loneliness, bullying and abuse which affected their eating.

They may have a limited repertoire of responses to acts of bullying, with a propensity to respond with aggression and violence earlier than typical peers. If their experiences are not taken seriously, they make ‘take the law into their own hands’ which could lead to tragic consequences.

Strategies to decrease the frequency and type of bullying

There needs to be a whole school approach that includes the target, school administration, teachers, professionals, parents, other children, and the child who engages in bullying. This strategy will require an agreed code of conduct, staff education and consistency and the concept of justice and appropriate consequences based on the degree of responsibility. The following are brief explanations of ten strategies for autistic children.

The changes here are more about everyone changing, rather than the autistic child having to do all the work:

1: Create a map of safe and accessible places where the likelihood of being bullied is reduced and highlight vulnerable places, such as locations away from adult supervision.

2: Educate and inform students on the life-long consequences of someone who is the victim of bullying, but also who engages in bullying,  to ‘rescue’ both parties. Bystanders need to be assertive and intervene when acts of bullying occur.

3: Avoid vulnerable situations such as trying to hide in the toilets

4: Security is in numbers. That is being near other children or adults.

6: The autistic child will need an explanation why they were the target, but also the psychology of those who engage in acts of bullying.

7: Ensure that ALL students understand the consequences according to the relevant school rules and based on equitable social justice.

8: Support and provide guidance for all students in determining the difference between friendly and not friendly teasing.

9: Understanding the value of disclosure and who to disclose to and how.

10: Access literature and resources on bullying and autism such as No Fishing Allowed: Reel in Bullying by Carol Gray and Judy Williams and the books on bullying such as those published by Jessica Kingsley publishers www.jkp.com

Parents may consider how to communicate their concern with the school, recording incidents of bullying and the informing the school and psychologists of the child’s ability to cope with bullying and effect on mental health. They may also consider enrolling the child in a martial arts class, could you add something here about why you this could be beneficial, such as, increase self-confidence, rather than others implying that violence is the solution.  and changing school which may or may not contribute to reducing the frequency of bullying. Another option considered by parents and the child is home schooling.

McKibben K. (2016) Life on the Autism Spectrum: A Guide for Girls and Women. Jessica Kingsley Publishers 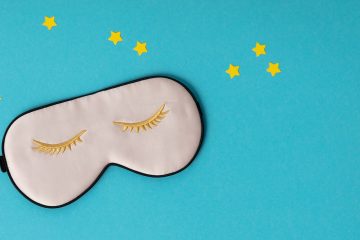 Autism and sleep Introduction There is an association between autism and difficulties falling asleep, staying asleep and the quality of sleep for autistic individuals of all ages (Bishop-Fitzpatrick and Rubenstein 2019; Stewart et al 2020). Read more… 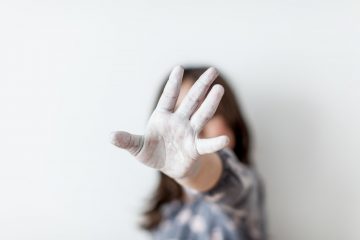 What is PDA? Introduction The term PDA stands for Pathological Demand Syndrome and was first coined by Elizabeth Newson, a developmental psychologist, in the 1980s in the UK. She described PDA as being extremely high Read more…

Do I have autism and ADHD?

Do I have autism and ADHD? During a diagnostic assessment for autism with an adult it is quite common for the adult to also query whether they have attention deficit hyperactivity disorder (ADHD). So, what Read more…