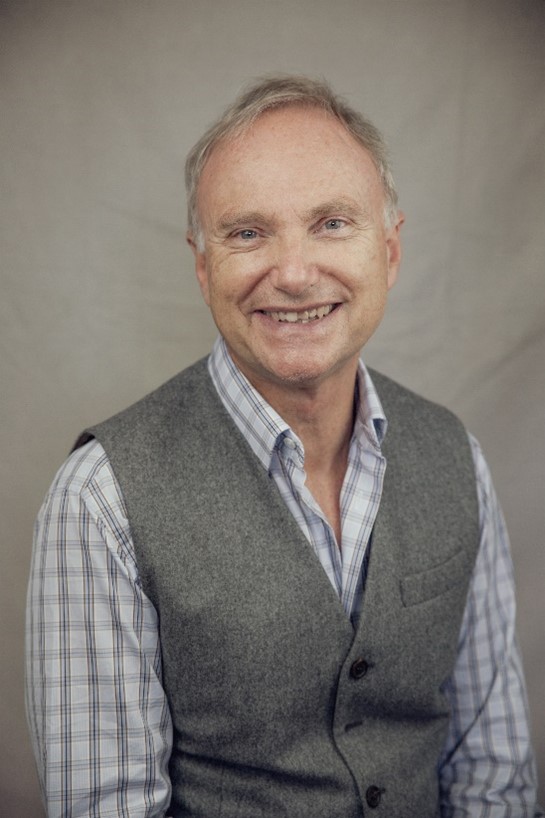 With a career spanning five decades, Professor Tony Attwood is considered to be one of the world’s foremost experts on Autism Spectrum Disorder.

It was a chance encounter in 1971 that first sparked Tony’s interest in what is now called Autism Spectrum Disorder (ASD).  While volunteering during the summer vacation at a special school, Tony met the two young autistic children whose interests, abilities and challenges fascinated and touched him, and ignited his determination to become a clinical psychologist specialising in autism.  His teenage ambition has been fulfilled, leading to international recognition in the area of autism, and providing ongoing personal and professional satisfaction.

Over the intervening 50 years, while working as a clinician in the UK, New Zealand and Australia, Tony has been able to gain experience of the full age and ability range of the autism spectrum, from infants to those in their 90s, and from those whose abilities, behaviour and daily life are profoundly affected by autism, to those whose expression of autism is very subtle, such that they have been able to achieve highly successful careers and long-term relationships.  The many years of clinical practice, and also having close and extended family members with ASD, have provided Tony with the opportunity to observe the long-term development of children and adults on the spectrum.

Tony started his diagnostic and treatment clinic for children and adults with Asperger’s syndrome in Brisbane in 1992.  Some years later, he moved the clinic to his home in the northern suburbs of Brisbane.  Soon after that, he became a Senior Consultant at the Minds and Hearts clinic in central Brisbane, established by Dr Michelle Garnett, www.mindsandhearts.net.  While continuing to run clinics, Tony also spends considerable time travelling both nationally and internationally to present workshops and seminars.  He also writes and contributes to books and evaluates research studies.

Tony’s personal interests and hobbies are gardening, photography and listening to music (in particular the Beach Boys, Sting, the British rock group, Camel, and the vocalist Chris Rainbow).  As a teenager, he developed an encyclopaedic knowledge of The Beach Boys, and won a breakfast radio competition in England, based on this passion.  Even more exciting, in 2000, while presenting workshops in the USA, Tony was able to go backstage after a concert and meet his hero, Brian Wilson.  Tony also enjoys reading the Harry Potter series and watching British TV, most particularly police dramas.

1998:  Tony’s seminal book, Asperger’s Syndrome: A guide for parents and professionals was published.  It was based on Tony’s clinical experience and the notes of a workshop he had been presenting to parents and professionals.  He realised that this information should become more widely available, and decided to transform the notes to text for publication in a book.  At that time, Tony had three young children and a small house, requiring that the book was written in the only space available, the garage, in the sweltering subtropical heat of Brisbane.  That book has now been translated into 28 languages.  The publisher, Jessica Kingsley, who had shown such clarity of vision in commissioning the book, asked Tony, in 2005, to write a revised edition.  This became The Complete Guide to Asperger’s Syndrome, published in late 2006.

2002:  This was an auspicious year; while in the USA for a series of presentations Tony was commissioned as a Kentucky Colonel by the Governor of the State of Kentucky.  This is a prestigious award for contributions to the community and for special achievements.   The award originated in the War of 1812, and the Honourable Order of Kentucky Colonels was founded as a philanthropic organisation in 1932.  Tony is now entitled to use the title ‘Colonel Attwood’.

Whilst in Europe that year, Tony had the great pleasure of meeting Maria Asperger-Felder, the daughter of Hans Asperger.  As a result of their conversation about her father, he now has an even greater admiration of Hans Asperger’s insights and descriptions of children who have autism.  Maria is a child psychiatrist in Switzerland and was eager to discuss the origins of her father’s work, his personality, and the children he assessed and treated at the hospital and in private practice in Vienna.

2009 to present:  Tony has worked on a regular basis with Craig Evans in the USA, creating the YouTube videos ‘Ask Dr Tony’, https://www.youtube.com/playlist?list=PL2REhyMA-OhM5oSxlXEU_YyB9xx28kOcc, where every three or four months hundreds of questions are posed by individuals with autism are answered.  There is also a book of questions and answers, Ask Dr Tony: Answers from the World’s Leading Authority on Asperger’s syndrome/High Functioning Autism.  In addition, Craig and Tony, along with Anita Lesko, have edited a compilation of wise advice from ‘Aspie Mentors’, entitled Been There. Done That. Try This! An Aspie’s Guide to Life on Earth.

2018:  The Australian Broadcasting Corporation (ABC) filmed Tony and his family for their series ‘Australian Story’.  The half-hour documentary, ‘Found in Translation’, is available on YouTube, https://www.youtube.com/watch?v=vdQDvLXLqiM, and addresses both Tony’s talent in ‘translating’ the language of autism, and the irony of his son having autism which remained undiagnosed until 2014.

Tony’s wife, Sarah, and his son, Will, have both written books pertaining to aspects of Asperger’s syndrome.  Sarah’s book about puberty and sexuality for young people, Making Sense of Sex, was published in 2008.  Will’s book, Asperger’s Syndrome and Jail: a survival guide, was published in 2018.  It is based on his own experiences as an Aspie in prison, where he spent two years as a consequence of his substance addiction.

While Tony is gradually reducing clinical and presentation commitments, he continues to create new publications and workshops with Michelle Garnett.

Tony and Michelle’s joint presentations (live and recorded webinars) on ASD being conducted in 2021 during Covid-19 can be viewed at www.attwoodandgarnettevents.com.

The following group programmes are run at the Minds and Hearts Clinic in Brisbane with contributions in terms of content and being a group leader from Tony:

When Tony discovered his true vocation and began his exploration of autism at the age of 19, he could not have known how much he would learn, and how much his work would be appreciated.  He feels a great sense of achievement and fulfillment, and is forever grateful to the many hundreds of unique, fascinating and inspiring individuals on the autism spectrum who, by so generously and willingly sharing their time and their life stories with him, have contributed to the growing understanding of Autism Spectrum Disorder.